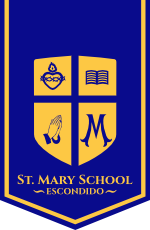 Hello everyone! Welcome to October’s Monthly Music Madness newsletter. We have accomplished a lot this month including 4th through 8th grade’s first music test, learning about different musical cultures from Europe and we have begun practicing music for the Christmas Pageant!

This week was the first time 4th through 8th grade had a test in music class. Students listened to a variety of music examples and identified the presence of a steady beat and type of meter. The test also consisted of fill-in-the-blank, matching, and short answer questions all relating to meter, time signature, and dynamics. I am so proud of all of my students for completing their first test. They all did a splendid job!

While the older grades took their test, Kindergarten through 3rd grade practiced maintaining a steady beat with a game called “Apple Tree”. Students sat in a circle and practiced passing around a bean bag in a steady rhythm. Once students could maintain a steady beat they learned the “Apple Tree” song and played a variation of “Duck-duck-goose.”

During IOWA testing, all students learned about music around the world, specifically focusing on Europe. There are a lot of different genres of European music. This week we focused on Fado, Klezmer, and Irish Music.

Since the 19th century, Fado is the most characteristic genre of popular song of Portugal, especially in Lisbon, though it is cultivated in other cities and in the country as well. Klezmer is the primary instrumental music used to accompany Jewish celebrations and rites of passage. In Ireland, the majority of Irish folk music consists of songs and dances, with a small number of independent instrumental pieces. The greatest part of the Irish folk repertory today consists of dances which are still used including the jig, the reel, and the hornpipe. Fun Fact, I, Ms. Latham, used to be a competitive Irish step dancer, and at the end of class I taught students an Irish step dance called the “Single Jig”.

Students in Kindergarten through 8th grade learned about the Staff this week. Music is written and notated with a common device called the staff, which is composed of five lines and four spaces. In order to determine the types of pitches used on the staff musicians use a device called the Clef. The two types of clef commonly used are the Treble clef that handles the higher sounding notes and the Bass clef that handles the lower sounding notes. For each clef there is a specific sequence of letters for the lines and spaces of the Staff. To remember these letters students learned a series of sentences, such as “Every Good Boy Does Fine”, “All Cows Eat Grass”, and “Great Big Dogs Fight Alligators.” After the lecture, students played a game called “Music Staff Twister”. Instead of the usual game of twister using colored circles, students played Twister using a music staff that Ms. Latham set up in the classroom with tape.

Two weeks ago, grades 4th through 8th were given an opportunity to do test corrections and raise their test grade. Because the next test in music class will be cumulative and it is important for students to know the material from the first test in order to move forward in music class, students in 4th through 8th grade played a game called “Family Feud”. Students in each class were divided in to two teams. Each team sent one player up to answer a question and the quickest to respond with the correct answer won. Not only did the game questions cover material from test 1, but students also answered questions over European musical genres, music notation and the staff.

Before concluding October’s Monthly Update, once a month the students learn about a composer. This month’s composer is Wolfgang Amadeus Mozart! 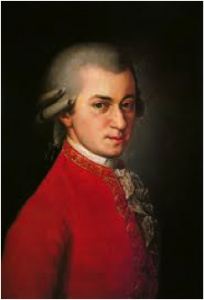 Mozart composed prolifically from the age of six until his premature death at thirty-five. By the age of three, Mozart had learned to play a clavier, which was an old-fashioned stringed instrument that had a keyboard. By the age of five, he was playing the harpsichord and violin as well as a professional. He was playing in front of royalty when he was just six years old. A master of every medium, he is widely considered one of the greatest musicians of the western classical tradition. His mature works epitomize the classical style.

Welcome to Ms. Latham’s Music Blog, a monthly recap of what every grade accomplished in music class. September has been a month for a lot of firsts in every grade such as playing Jeopardy music in grades 3rd through 8th, learning Solfedge Simon says, and so much more.

This years music class has been completely redone! Students at St. Mary School will be doing so much more than singing songs in class. I have created a well-rounded curriculum for all students that will connect music to a variety of studies such as math, history, and language arts. Students will be learning about music theory and the math involved with composing a piece of music. They will be learning about the history of music from the Middle Ages to modern contemporary and classical genres. Also they will be learning about other cultures and the music that defines them. But for now here is what every grade has accomplished musically for the month of September!

The first day of music class was a lot of fun for all grades. Kindergarten through 2nd grade learned a new song titled “Make New Friends”. They also learned a new form of Solfedge (Do Re Me Fa So La Ti Do), but instead of using the typical hand signs, they learned solfedge through full body movement. Students even played a couple rounds of “Simon Says” using these movements.

Grades 3rd through 8th played Jeopardy during class but using music related categories such as Music History, Music Notation, and Instruments. Students were divided into groups and worked together to answer questions to the best of their ability all while having a lot of fun!

The theme for this week was learning about Steady Beat. In all grades, students listened to a variety of music examples and learned how to find the steady beat in a piece of music. Younger grades were given instruments to play to help them better express and understand the steady beat.

All grades learned about Dynamics this week.  Dynamics typically refers to the volume of sound, but it can also refer to other characteristics of music. Kindergarten through 8th grade listened to a variety of music examples and learned terminology used to describe music such as loud, soft, many instruments, few instruments, scary, happy, and beautiful. Older grades were given a list of dynamic terms found in music notation. These terms included the following: piano (soft), forte (loud), accelerando (to accelerate), dolce (to play sweetly) and several other terms. After this week all students know how to listen to a piece of music and identify the wide variety of characteristics associated with it.

Students in grades 4th through 8th reviewed over material covered in September to prepare for their first test the next week. The test covers topics such as steady beat, meter, time signature, dynamic terminology, and listening. I fully believe that all students will be successful on their first test!

While the older grades prepare for their first test, Kindergarten through 3rd grade continued learning about dynamics with a fun activity called “Carnival of the Animals.” Students listened to nine music examples and were asked to describe each piece with their dynamic vocabulary established the week before. After describing each piece, students were asked to associate an animal with each one based on characteristics found in the music. Students then played a form of musical chairs in which students were given coloring pages of the animals identified and asked to only color when they heard their animal’s song. This activity, while a lot of fun, tested the children’s ability to listen and identify musical characteristics found in a variety of pieces.

Before concluding Septembers Monthly Update, once a month the students learn about a composer. This month’s composer is Johann Sebastian Bach! 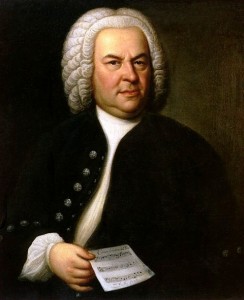 Considered one of the greatest composers ever, Bach regarded himself more modestly as a conscientious craftsman doing his job to the best of his ability. He was a virtuoso organist and keyboard player, a skilled violinist, and a prolific composer in almost every contemporary genre except opera. Please ask your children for more information about this wonderful composer as we will be covering Bach’s history in class this week.